Hide the Mirrors and the Clothes! More Vice Candidates

Have you weel and truly thought about who you will be voting for as Best Vice President? 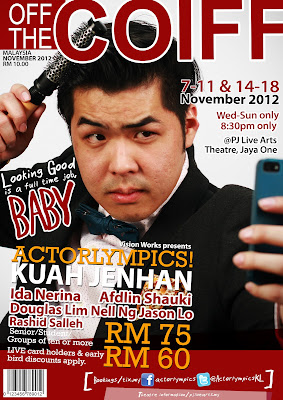 BEcause there are oh so many to choose from! 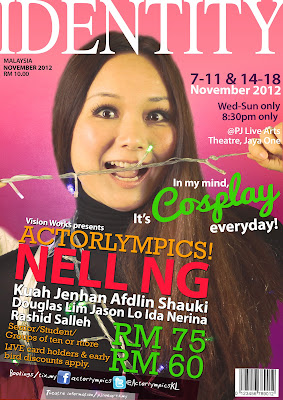 Get your tickets soon to avoid missing out on casting your vote! got to tix.my.

Get on the Right Side of the Big Guns.

Vote for the next Vice Candidate. 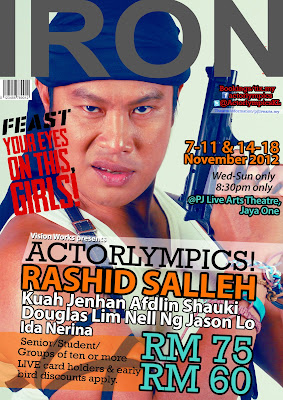 Which one packs the most firepower?

Check them out in November's run of Actorlympics. Bookings at tix.my.


Be there or be trapezoidal.
Posted by mamasan at 6:27 AM No comments:

Which one would you vote for? 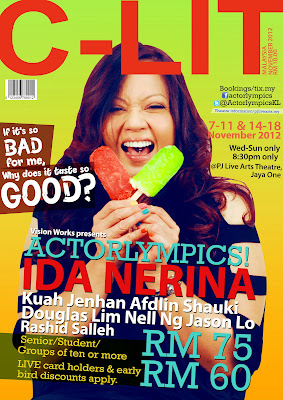 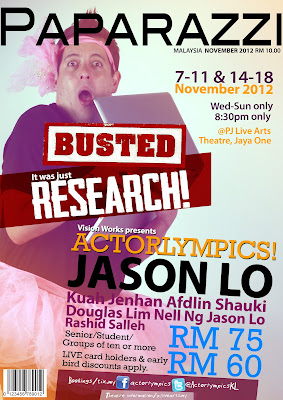 In my opinion, they're all dirty, filthy, disgusting and oh so good!!

Get your tickets early to avoid disappointment! Go to tix.my to make your booking :)

Posted by mamasan at 6:07 AM No comments: 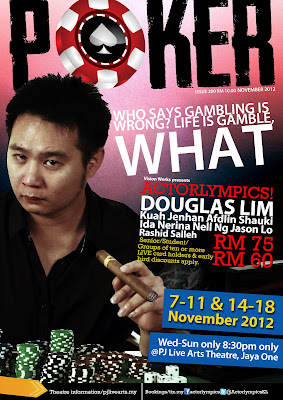 Remember, booking early means improving your chances of getting a seat. See what I did there?

Be there or be trapezoidal! 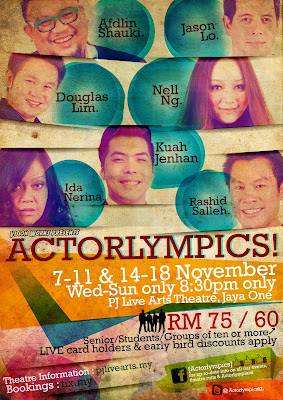 Some of you caught the BFM 89.9 interview yesterday and submitted your entries via twitter - thank you! We should be announcing the winner on twitter on Monday or Tuesday.

MEanwhile, here is our new poster, by the talented Siti of Vision Works. Doesn't everyone look fresh-faced and bushy-tailed and ready to go?

We have a two-week run this time around, but don't think you have enough time to get your tickets - so book now to avoid disappointment!

Groups of ten or more get discounts, as well as seniors, students with ID, early birds and LIVE card holders.

Go to tix.my for tickets, or pjlivearts.my for more info.

We want to see you there!!

Election fever seems to be running high all over the world!

Come November, we have Actorlympians ready and willing to show you what they've got and why they are the best candidates for VICE.

If you know what we mean.

So, here's the first in a long series of introductory images of all our candidates.

This one is for our Kampung Gila Glamour constituency, Afdlin Shauki: 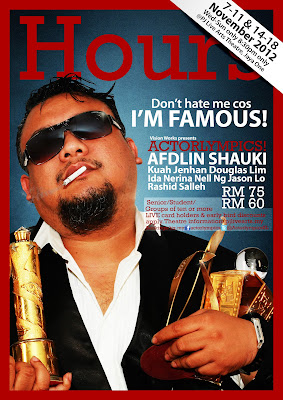 Keep your eyes peeled for the next 6 pics!

We will be having a two-week run of Actorlympics! at the PJ Live Arts Theatre in Jaya One, Petaling Jaya this November. 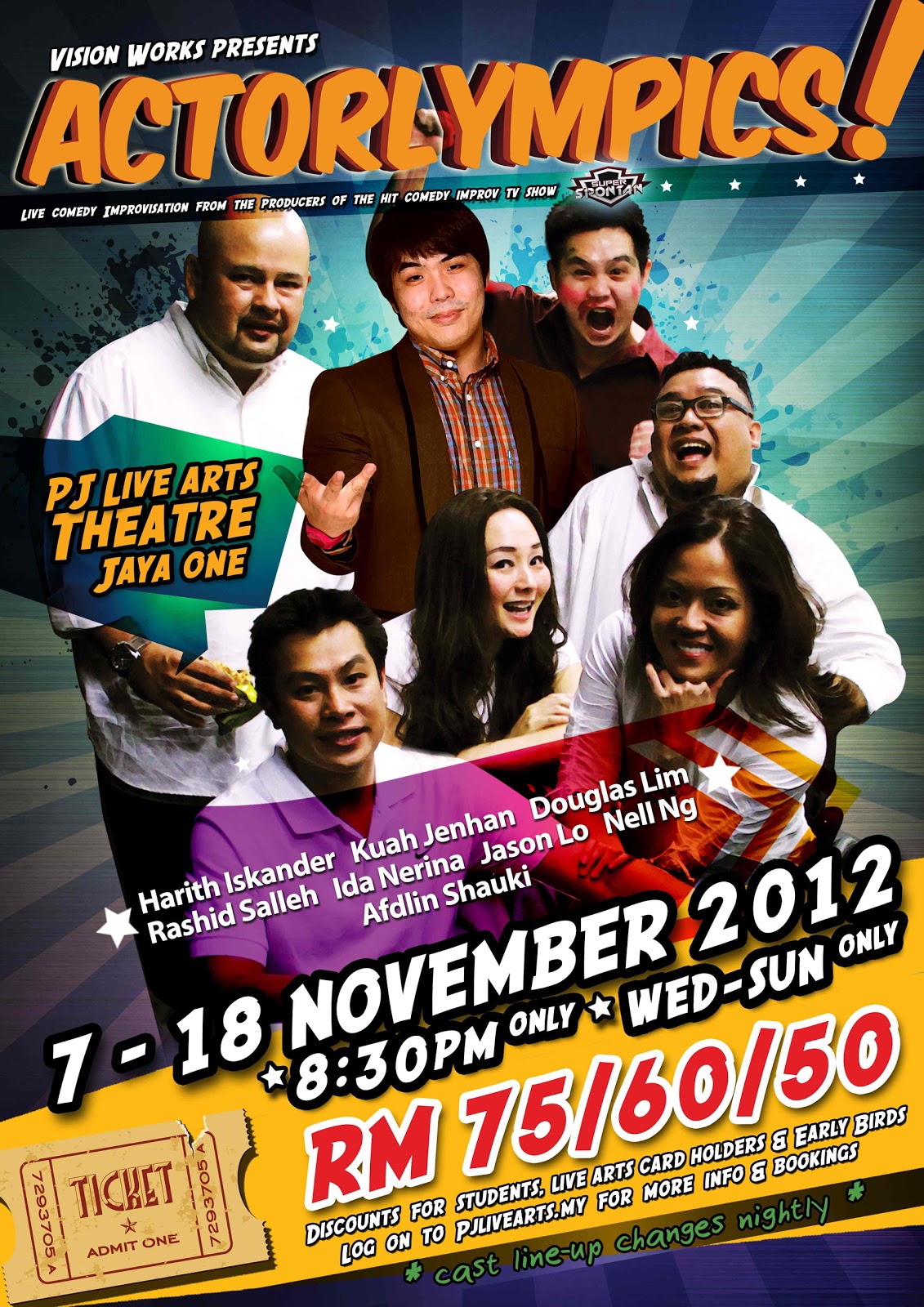 Tickets go on sale next week. Book and buy early to avoid disappointment!

Log on here for more info, and here to book tickets when they go on sale next week.

Due to the nature of the show, there is likely to be adult content. Think twice before you bring your kids along muaahahaha!

We are doing a short two-day run at the PJLA Laughfest in May this year! 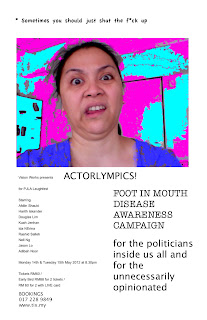 Laughfest is a month-long Comedy Festival happening at the PJLive Arts Theatre in Jaya One, Petaling Jaya. Catch your favourite Actorlympians - both in Actorlympics! and doing their own shows, throughout the whole month of May.

Check out booking details at www.tix.my .

For those of you missing the live shows and unable to make it in May, do check out Vision Works' first foray into LIVE TELEVISION broadcasts every Friday night at 10pm on Astro Warna.

It is our show "SUPER SPONTAN"which is a souped-up, sketches-on-steroids, live improvised comedy competition show where celebs and comedy giants battle it out for the Grand Prize of RM100K and a CAR. Every week the winning team donates cash to a charity organisation of their choice.

Last week they donated their cash to the family of the late DIN BERAMBOI, who you may know, featured heavily in our show SPONTAN, before he passed away suddenly. Al-Fatihah and we hope that the little we gave is of some assistance to his family.

"Like" the Super Spontan page to be updated on the show.